The premise is simple: Internet Explorer 6 is antiquated, doesn’t support key web standards, and should be phased out. This isn’t about being anti-Microsoft, it’s about making sure that we encourage people to move to modern browsers such as IE8, Firefox, Chrome, Safari and Opera. IE6 accounts for up to 20% of web usage, primarily via business users. Clients pressure designers to ’force’ sites to work in IE6, and designers, not wanting to lose business, comply, using hacks and workarounds. This wastes time and money. While Microsoft is encouraging companies and developers to move on from IE6, designers need to unite, and we all need to move on.

Clients pressure designers to ’force’ sites to work in IE6, and designers, not wanting to lose business, comply, using hacks and workarounds. This wastes time and money. While Microsoft is encouraging companies and developers to move on from IE6, designers need to unite, and we all need to move on.

Even in 2001, Internet Explorer didn’t set the world on fire. Incomplete standards support rapidly made it look shoddy in the face of strong competition. In today’s market, surrounded by Chrome, Safari, Firefox, Opera and its own successor, Internet Explorer 7, version 6 of Microsoft’s browser looks positively ancient.

Many argue that IE6 hinders development, due to the number of hacks required to get sites working in it. Opera web evangelist Bruce Lawson goes further, squarely blaming IE6 for “hindering the development of the web”, due to its lack of support for advanced CSS and XHTML. Many in the industry tell such tales: horror stories of a third of a site’s development time taken up by dealing with IE6; major display issues requiring a partial site rebuild, despite everything looking fine in all other browsers; elements randomly disappearing entirely due to the ‘hasLayout’ bug. “If anything, things will get worse, since we’re now battling three versions: 6, 7 and the beta of 8,” says Tom Muller of Kleber. “They all display content slightly differently and we regularly work up a site in Firefox or Safari, only to spend a day figuring out why our valid, semantic code doesn’t render correctly in Internet Explorer.”
A reason to live

Clearly, IE7 can’t be shunned: not supporting the current version of Microsoft’s market-leading browser would be a crazy move. However, with its predecessor now approaching its eighth birthday – positively ancient in software terms – should designers now ignore it until it fades away?

“That’s a really attractive thought,” admits Muller, “but when a fifth or more of the audience still uses IE6, we can’t just drop it.” He remarks that, although designers often know what’s best from a technical standpoint – regularly updating browsers and favouring the best experience – the average user may not have even heard of alternatives, let alone considered downloading and installing them.

Lawson adds that for a large chunk of the market, even when someone wants to replace IE6, it isn’t always possible: “Lots of people using IE6 can’t choose an alternative, because they’re on corporate desktops or using older computers. Given the economic climate, few firms will feel like jettisoning a fleet of Windows 2000 desktops that can’t run IE7 or 8.” Furthermore, in many parts of the world, people simply can’t afford computers that run the operating systems necessary to install newer versions of IE. And in certain countries, although IE6’s desktop market share may continue to slide, it could be a while before we’ve seen the back of it. “IE6 is about to rise from the grave as Microsoft plans to launch IE6 mobile in China this year,” says Lawson. “My compatibility tests show its rendering engine, CSS and standards support are from IE6 desktop – and this is for a product designed for a country where 29 per cent of internet users only ever use a mobile phone to access the web!”
Life support

Lawson reckons Microsoft should drop support for IE6 itself – “and it should port IE7 and IE8 to Windows 2000, which Microsoft is supporting until 2010”. But others aren’t so sure. During the past year, high-profile names decided, to varying degrees, to pull the plug on IE6. That Apple told MobileMe users to upgrade is not entirely surprising, given that its target market is hardly Windows users with old kit. But then Facebook shocked everyone by providing a decidedly inferior experience for IE6 users, bluntly telling them why and also offering browser upgrade links. More recently, Google followed suit – not entirely for altruistic reasons, no doubt. Google Mail users running IE6 now see a ‘Get faster Gmail’ link, leading to a page promoting Firefox and Google’s own Chrome browser. Like Apple and Facebook, Google considers IE6 ‘unsupported’, warning that it fails to run some features of Google products.

Clearleft co-founder Andy Budd reckons the fact that sites are offering upgrade paths is a generally positive sign. “It’s reminiscent of the WaSP browser campaign of years gone by,” he says. “Having a large company stop supporting a particular browser version can only give developers more ammunition when dealing with reluctant clients.” Muller agrees, saying: “Facebook offers a service used by so many people who may consider it their main communication tool and they’re willing to upgrade so they don’t miss out.”

Although it’s unlikely smaller websites can convince users to upgrade or crossgrade, there’s nothing wrong in following the examples set by larger organisations. Some companies and designers remain terrified of alienating people and dropping a chunk of the userbase by simply informing them. However, a straightforward note about browser incompatibilities and links enabling free upgrades to modern browsers aren’t things that should be considered negative – at least if the site isn’t crippled by said incompatibilities.
Going forward

Taking things forward, we’re now, oddly enough, in a similar situation to when IE6 first appeared. Back then, designers were starting to ditch tables-based layouts designed for IE5 and Netscape for spangly new CSS layouts. But special care was taken to ensure a user of legacy kit didn’t have the digital equivalent of a door rudely slammed in their face. “As a rule, I’d say still pay IE6 some heed, but don’t lose too much sleep if all things don’t render correctly,” recommends Budd. WaSP member Kimberley Blessing agrees, claiming that IE6 “doesn’t require that many hacks anyway”. In fact, for experienced developers, she reckons the IE6 argument is “bull”: “It’s annoying, but not horrible. If you plan your hacks strategically, IE6 is not all that bad.” Cognifide COO Stuart Dean adds that if you plan to support IE6 but want to create modern, compliant sites, just be mindful of the costs, rather than getting frustrated at spending ‘extra’ hours fixing problems: “Factor support for obsolete browsers into cost projections. Consider this a feature that should be estimated accordingly, since IE6 support is additional work.”

Ultimately, the long tail of obsolete browser usage is nothing new: it’s just the level of standards in the rest of the current leading pack that causes frustration when IE6 looms into view. “IE6 is the new Netscape 4,” reasons Jeff Zeldman, one of the main guys responsible in the 1990s for beating browser makers with the standards stick until they started to play ball. He considers that in a perfect world, designing with web standards means not needing to exclude any browser or device. “But in practice, the hacks needed to support IE6 vis-a-vis display and behaviour are increasingly viewed as excess freight. Like Netscape 4 in 2000, IE6 is perceived to be holding back the web. How much longer we prop up this ageing browser must be decided on a case-by-case basis. Not every site can afford to dump it today, but the writing’s on the wall.” 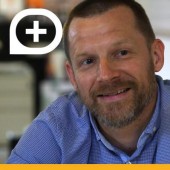 Monthly digital round up

Blog Round Up Sign Up
Sign up to receive a monthly round up of our digital marketing for construction blog.